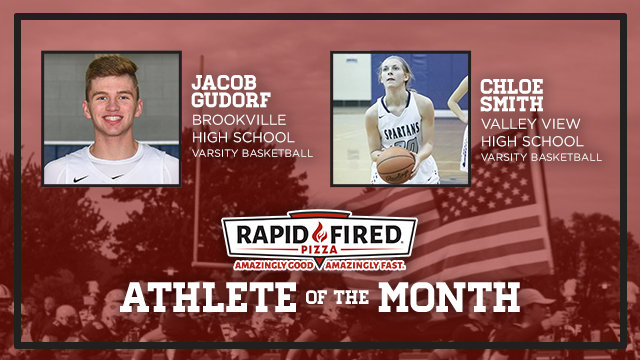 Congratulations to Chloe who has been a 3 year starter on the Valley View girls basketball team, and has been an excellent leader for the team this year.  Chloe is one of the leading scorers on this year’s team averaging 12 points a game. Chloe is also a successful student in the classroom, a member of the National Honor Society ( NHS), and just crowned Queen at the Miss Basketball ceremony!

Congratulations to Jake serves as the team’s  point guard and demonstrates outstanding skill and leadership both on & off the court.  He does all the little things that make everyone around him better. His unselfish play & court vision have allowed him to set multiple Brookville High School records (see stats below).   He is truly an asset to the program in every way and deserves recognition!

No Events This Week

Events are added by athletic staff.
View All Events